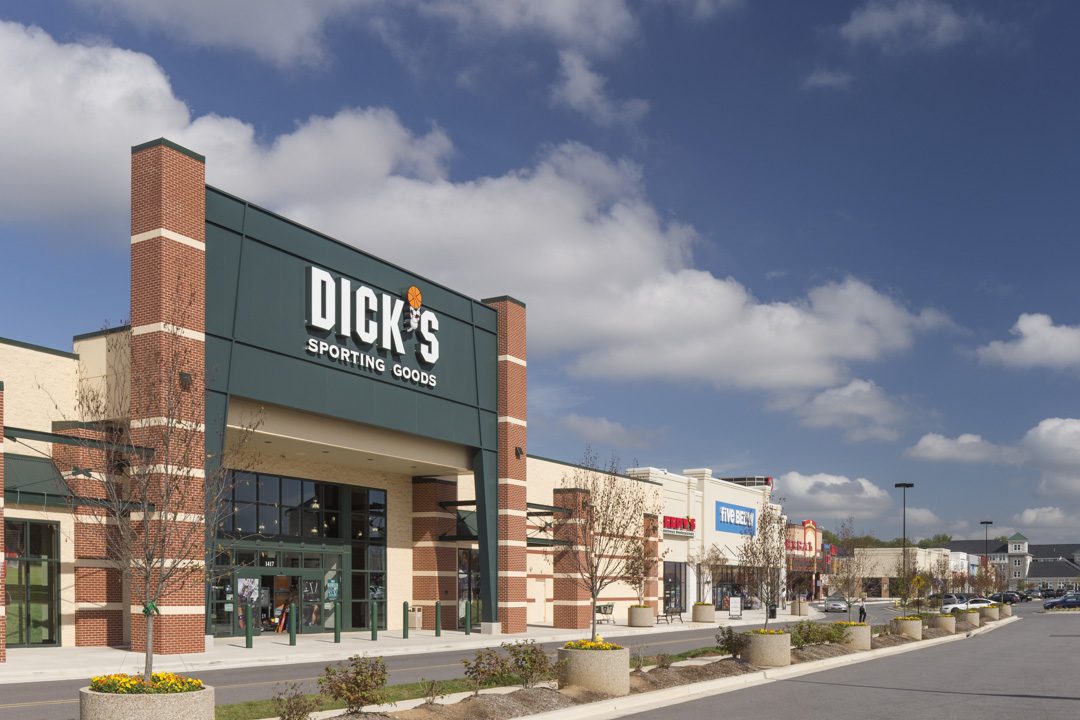 Chesapeake Contracting Group completed the Waugh Chapel South retail center in Gambrills, MD for Greenberg Gibbons Commercial throughout the period between June 2010 and February 2011. The project included the construction of 14 shell building structures, with a continuation of tenant improvements in most of the buildings. The project was completed on schedule, under budget, and CCG continues to provide ongoing tenant improvement and additional services on the project.

The 80-acre development was one of the largest retail developments under construction during the 2010 fiscal year. The project site was a registered fly-ash containing site, and there were many requirements mandated by the Maryland Department of the Environment and U.S. Army Corps of Engineers. Some of the notable special requirements were the use of premium vapor barrier liners used to seal all foundation and footing protrusions into the ground, and the use of low-permeability concrete and pavements, all to protect the subgrade from disturbance of natural elements and new building and site construction. The fly ash material undisturbed does not present any significant issues, but when mixed with materials such as controlled storm water, or green concrete, contamination of the soils could persist. Extreme care was taken with the subcontractors on site through the use of field quality control and third party inspection services to assure proper installations were achieved.

Some of the feature anchor building projects included Dick’s Sporting Goods, Bed Bath and Beyond, and Petco. Some select smaller retail chain projects included Sleepy’s, Verizon, AT&T, Five Below, Chico’s, Mens Wearhouse, amongst others. CCG provided full-service tenant improvements for all of these project, and were the point of contact between the landlord and tenants. All of these National “chains” require the use of exclusive National Vendors for select products such as flooring, MEP controls and systems, security, millwork, signage, to name a few. CCG also provided the procurement and installation of the majority of these required products, most which were shipped from various part of the country, and helped the tenants focus on logistic and opening, while CCG focused on the construction of the stores.

The project was completed in several phases, and CCG worked with the landlord, local building inspectors, and other contractors working with other clients on site to assure that the project schedule, and most importantly, turnover dates, were achieved. All of the individual tenants that CCG performed for were able to stock their stores and achieve opening on schedule.

CCG was instrumental in the successful completion of the project within the budget and schedule. The project was completed in several evolving phases, including the implementation of countless specific tenant requirements, and CCG provided the flexibility and performance to exceed our expectations through completion.

Your Project
Your Career